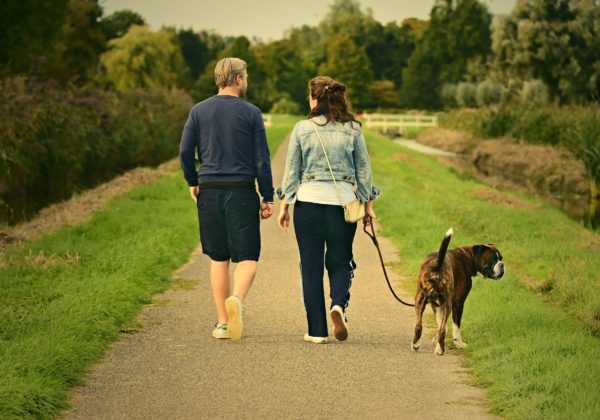 As Christians in the Black Country, we believe passionately that the role of the Church is to take care of the orphan. The Bible says just that. All over our region, there are hundreds of incredible Christian people who opening their hearts and homes and embarking upon journeys to foster and adopt children and thus reduce the number of those in the care system in our area.

This is Emma’s story…

Slumped on my shoulder whilst sat in his car seat, peacefully snoring, his little hand clenched around my forefinger.  The gentle hum of the car engine and the rhythmical flash of the street lights had sent this little boy off to sleep.  This was the first visit our new son had made to his ‘forever home’. Now it was time for him to return to his foster family until our next adventure tomorrow.

I remember quite clearly how much we had anticipated the start of the introduction process to meet our new son, who had been matched with myself and my husband three months earlier.  Oh how we had longed for this day!  We had rehearsed and laboured it in our hearts and minds for what seemed like an eternity. The longing and pain of wanting our family was finally over. For us this was the day of giving birth. Our child had finally arrived. As the car continued to travel through the dark streets outside, the six o’clock news relayed the day’s events on the radio in the background. This was our news; our ‘momentous occasion’. We had become a family.

Giving “Birth”
In the natural process of events after giving birth to your baby, as long as everything is well, you are discharged from the maternity ward often on the same day but this isn’t the case when you adopt.  You have to go through an introduction process lasting up to ten days where you initially meet the child briefly with what seems like an audience of people watching, observing and making notes on your interaction, and dare I say ‘performance’, with the child. You are excited and terrified all in one, constantly questioning yourself. “Will he like me?” “Will I like him?”

Love at this stage doesn’t seem to come into the equation.

Again, I gazed at the toddler in his car seat with total awe. Here was this most perfect, beautiful human being that neither I nor my husband had played any part in creating. Yet, I had total peace of mind that my God, the Perfect Creator, had created him. I always reflect on the passage ‘You formed me in my mother’s womb’ (Psalm 139:13) when I think of our son. The only difference is he wasn’t formed in mine but another women’s, his birth Mom. For many people, this seems like a hard fact to face, but in the case of adoption, you just have to accept this as part of your child’s history and simply embrace it, otherwise it can become a huge stumbling block.

Being Matched
We had been matched by Social Services with this beautiful, blonde, curly-haired boy, who was such a dinky dot in stature but boy, he made up for it in character! We will refer to him as ‘Choppies’, a nickname we gave him. In real terms, my husband and I were in the running to be matched with our son against two other possible families, yet of all the people in the world, I believe that God, our immense and unfathomable Creator, had blessed us with this child. I say this without a shred of doubt and with a sense of humour knowing what a character our son is. God in His wisdom knew that we were most definitely the right parents for him! And actually he is the right child for us; a constant challenge, who is bright, loving and incredibly funny.  My darling child, how we love you and yet you drive us bonkers all in one!

Restoration and Repair
Realistically, we expected the job that lay before us to be a challenging one.  After all here was a child who had experienced neglect and trauma before he was even born. We had to play many roles on any given day, from parenting to what felt like a psychiatrist at times.  In our limited way, we had to help and support the restoration and repair of this child’s life, both socially and emotionally.  We were, so to speak, ‘having to restore the manufacturer’s settings’, and override the damage from the past.  It was and still is a continuous process of re-programming his way of thinking and approach to life, enabling this child to function, thrive and flourish just as God had intended.

We are constantly trusting and relying on God to help us to love, teach and somehow repair the trauma this child of God had experienced.  This is not a story of doom and gloom but of hope. I claim daily God’s protection over my family and pray over Choppies that he is and will become all that God has destined him to be. For the Lord truly does know the plans He has for each of us, and that includes Choppies.

Happy Families – All’s Rosy in the Garden?
Now, I am very aware that this all sounds like perfect families and that ‘all is rosy in the garden.’  However, those who know me know that I am very real in my approach to life and things often do go wrong. I could reel off countless stories of incidents that make me shudder.

I thought that becoming a mother would somehow change me and that perhaps I would become one of those ‘earth’ Moms, who appear to float around on air and whose domain is the kitchen, baking and creating! Why I ever perceived myself to become like that I will never know.  Is that how I see a perfect Mom? My initial ideas in real terms could not be further from the truth of me as a character.  In truth I avoid the kitchen sink at all costs and would much rather be up to my neck in dirt in the garden or in my walking boots with the dog! Yet I had to alter my ways and desires in order to meet my son’s very real needs.

In the early days of ‘Choppies’ starting school, we had a horrendous time.  He struggled to settle and became incredibly distressed, so much so that we had to get professional support in to help both us as a family and also his school. It felt as if we were daily living out a scene from the kids T.V. programme ‘Horrid Henry’!  My stomach would churn before I had to collect him from school as I dreaded being told what he had or hadn’t done that day.  Although I look back now and even giggle at some of the incidents, at the time it was heart-breaking.  We had made such progress as a family and Choppies had settled so well with us. He appeared to be a happy and thriving little boy.  But in the recesses of his mind a button had been pressed that had somehow triggered emotional turmoil.  How could we help this little boy make sense of his world?  I often felt like I couldn’t cope.  This was not normal family life surely? Yet this is exactly what we had signed up for. We had pledged in court that we had made a very firm and legal decision to raise this child.  He WAS OURS.

I fell into the trap of comparing my child against other children and despaired frequently at his behaviour.  He never skipped out of school with a big grin on his face like the other kids did. He was never awarded the class mascot for the weekend for doing something outstanding that week. I just wanted to hear the school say he’d had a good day for a change! I look back and remember how I felt like we were failing.

Looking forward
There is a plaque that hangs in our kitchen that states, “As far as anyone knows, we’re a nice, normal family.”  At the time my husband and little boy gave it to me as a Mother’s Day gift, life was tough battling through this immense cloud of trauma and emotions. However, I look at it now and laugh because now we’re out the other end of that moment in time. Life has improved and thank God, we have more days where school are pleased to announce, “He has had an awesome day.”

I always says to others, “What is a normal family?” I firmly believe that family is what you make it.

Our son turns eight this week and has been home with us for nearly six years.  It has been quite a roller coaster journey and I know without a shadow of doubt that it will continue at times to be a challenging one but he is an amazing and unique person.  He is not genetically made from me or my wonderful husband. But he really is God’s creation and I am immensely proud of him, because, as we always tell our son, “we would never have been Mommy and Daddy without YOU!” 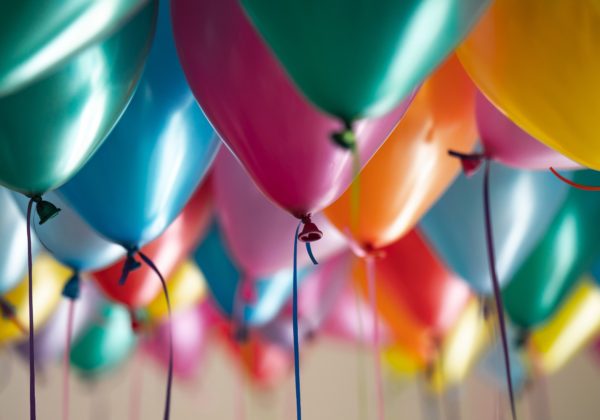 A First Ever Party Invitation - How years of prayer for Black Country families are being visibly answered through the work of hundreds of volunteers. 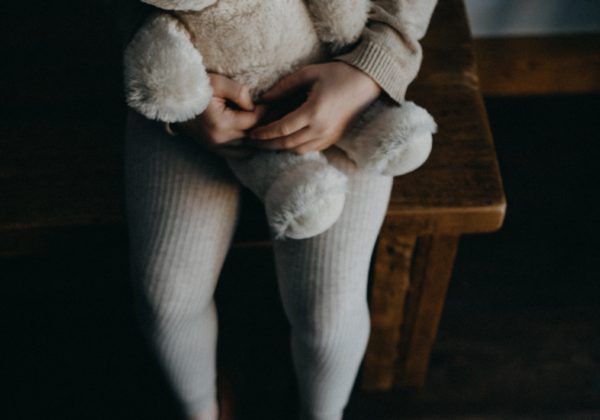 “We Had To Run Away…” - The challenging story of 8-year old Fiona, from Dudley. 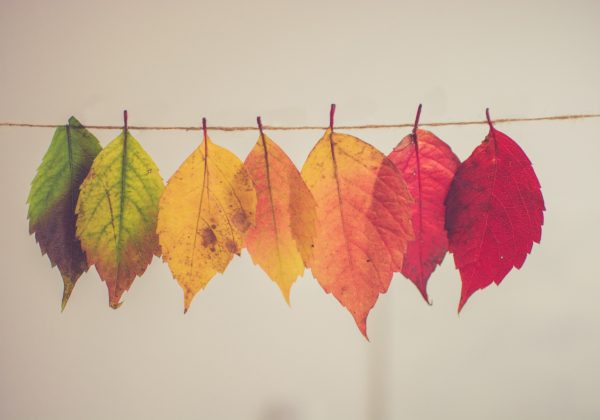 A New Season - We wave a fond farewell to our Family Champion Sam Knight. 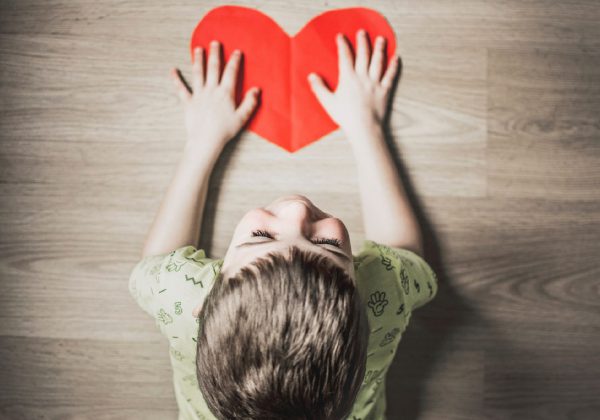 A Mother’s Adoption Journey - Read one family's incredible account of how they adopted their son.

Become a
Family
Champion
Join the
Movement
invest in
Families